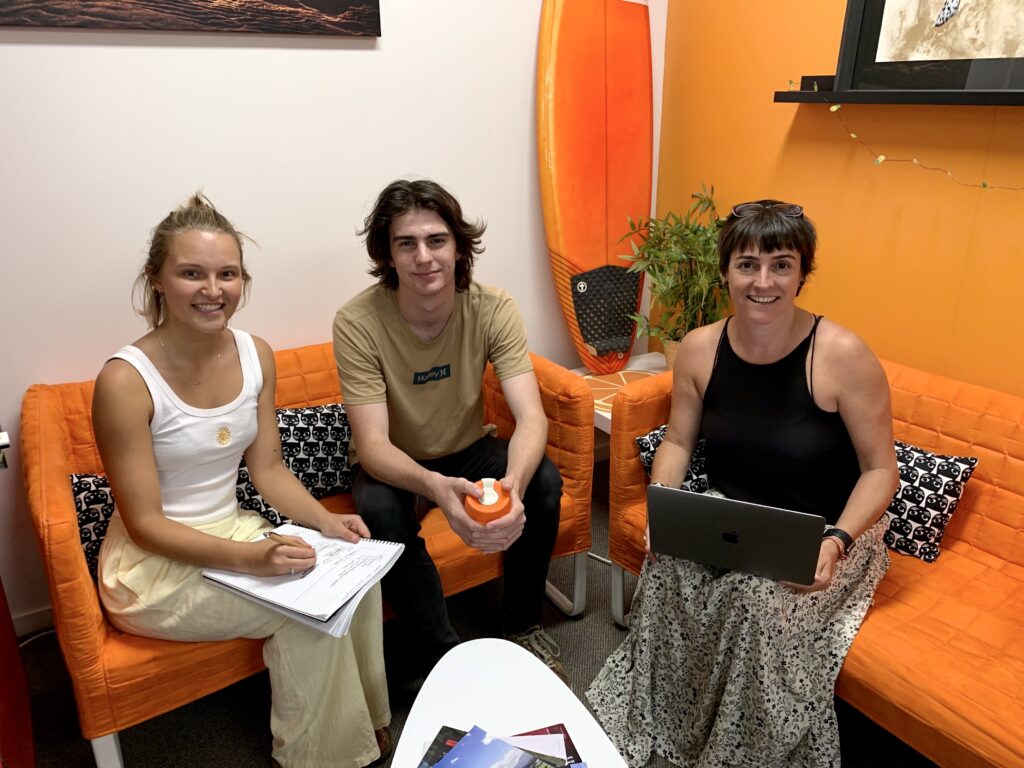 My name is Ollie, I'm 16 and I'm in year 10 at Woodlawn. I was lucky enough to be given the amazing opportunity to join the Barefruit Marketing team for a week of work experience.

Last week I had no idea what goes on behind the scenes when it comes to Digital and TV Ads, websites and even the work that goes into designing logos and running Instagram pages. And so, I came here to learn all about it.

What I learned at Barefruit

Since I arrived at Barefruit Marketing I have learned a lot about the marketing world. The amazing staff at Barefruit have taught me so many areas of marking including, but not confined to; SEO (search engine optimisation), SEM (search engine marketing), how to write a creative design brief, the importance of social media profiles for your business and how to run one effectively. I also learnt how to understand Google Analytics and use data to improve website traffic.

My experiences during my time here

In my time at Barefruit, I have been to some meetings where I had the opportunity to listen and learn a lot. These meetings were great in helping me understand how the ads that we see on TV and the internet get from an idea in someone's head to being on your screen at home. As well as how much time and money needs to be put into making the right ads to suit your business and demographic.

I have had the chance to work with heaps of different people who specialise in different areas here at Barefruit. Such as working with Fliss, Digital Account Director, who has explained a lot to me over my first two days. She explained what SEO is and how to increase your websites credibility. She explained how Google Ads work and how we can use the data from Google Ads to improve your SEO and monitor whether the ads are effective or not.

I spent some time with Lucy, an Account Executive, who has taught me how to run and schedule a social media profile. I wrote various types of posts and completed some research tasks. Then, using the information I gathered I wrote posts for social media and newsletters.

I have worked with Charlotte, Account Executive, who has shown me how important the look and ‘aesthetic’ of a social page is to a business in this day and age. I have been making some creative posts and preparing client Christmas presents, as well as writing this blog.

Last week I had the pleasure of doing work experience at RockingHorse Studios in Coorabell in the Byron Hinterland, with four other year 10 students, thanks to Taryn McGregor. We had an amazing time working with Paul Pilsnenics, a professional Sound Engineer who showed us our way around a recording studio and helped us write and record a song.

Our song is called ‘Feel It’ by Hula Hands and it is now on Spotify for the world to hear. We thought 'Feel It' could use a good-looking album cover so Alex, Barefruit’s Creative Lead, has been showing me the creative process of making a cover for our song. He showed me how he would use the design brief to create an on-brief design. The product was a professional album cover which conveys the feel of the song from a glance. 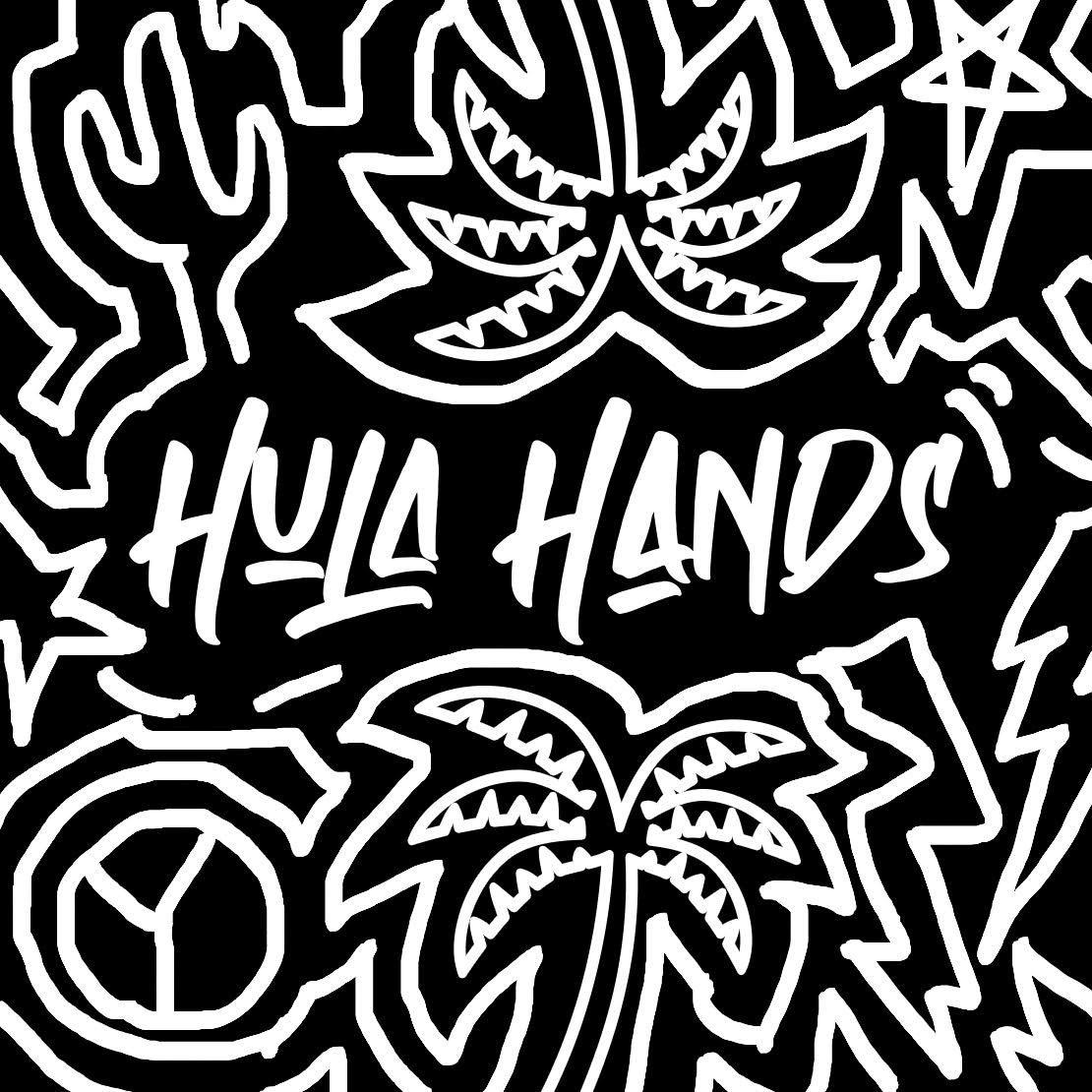 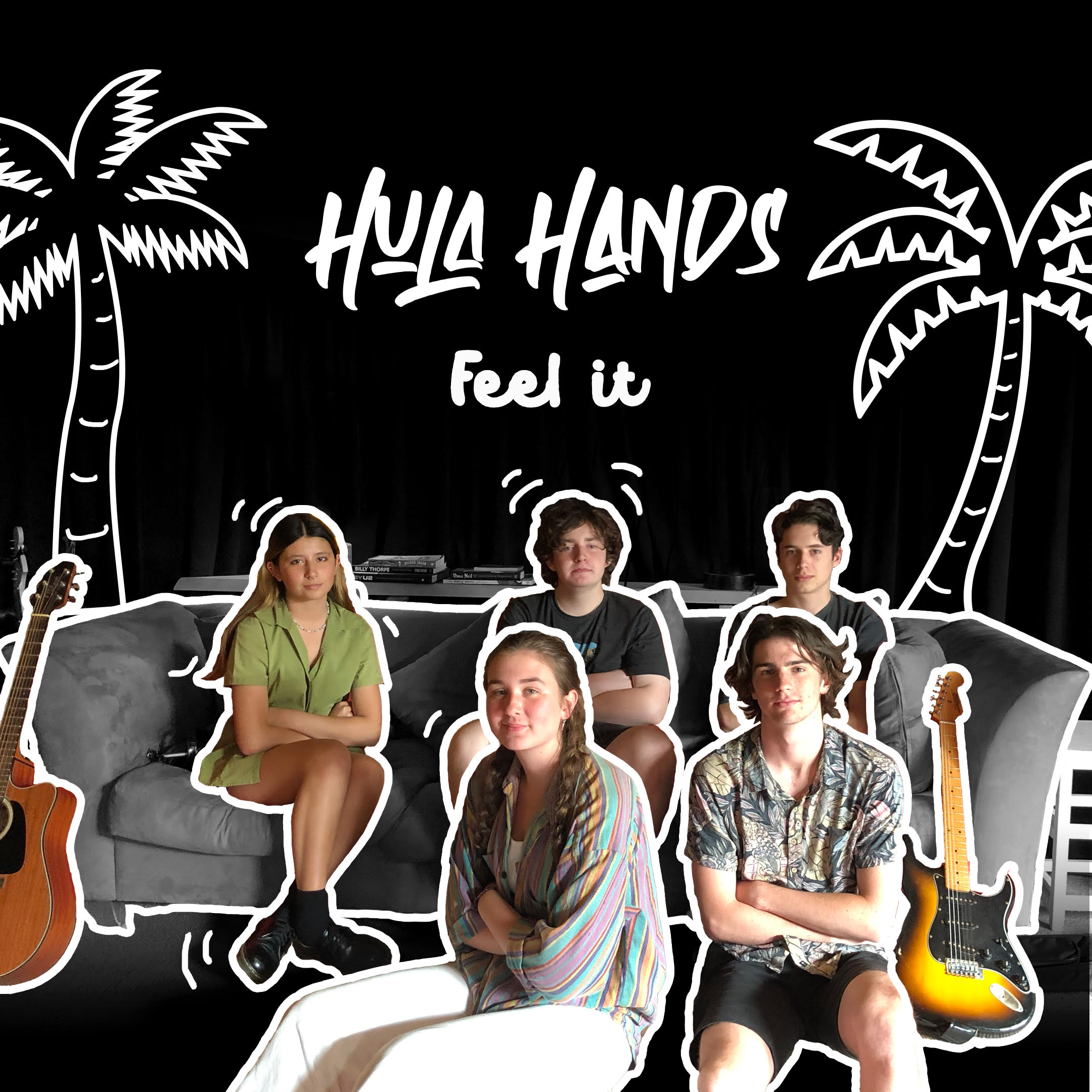 I have had a great week at the Barefruit Marketing office and I have learned a lot and I really enjoyed working with all the team members I have been lucky enough to work with. This experience has given me a good insight on whether I would like going into the marketing industry when I finish school or not. 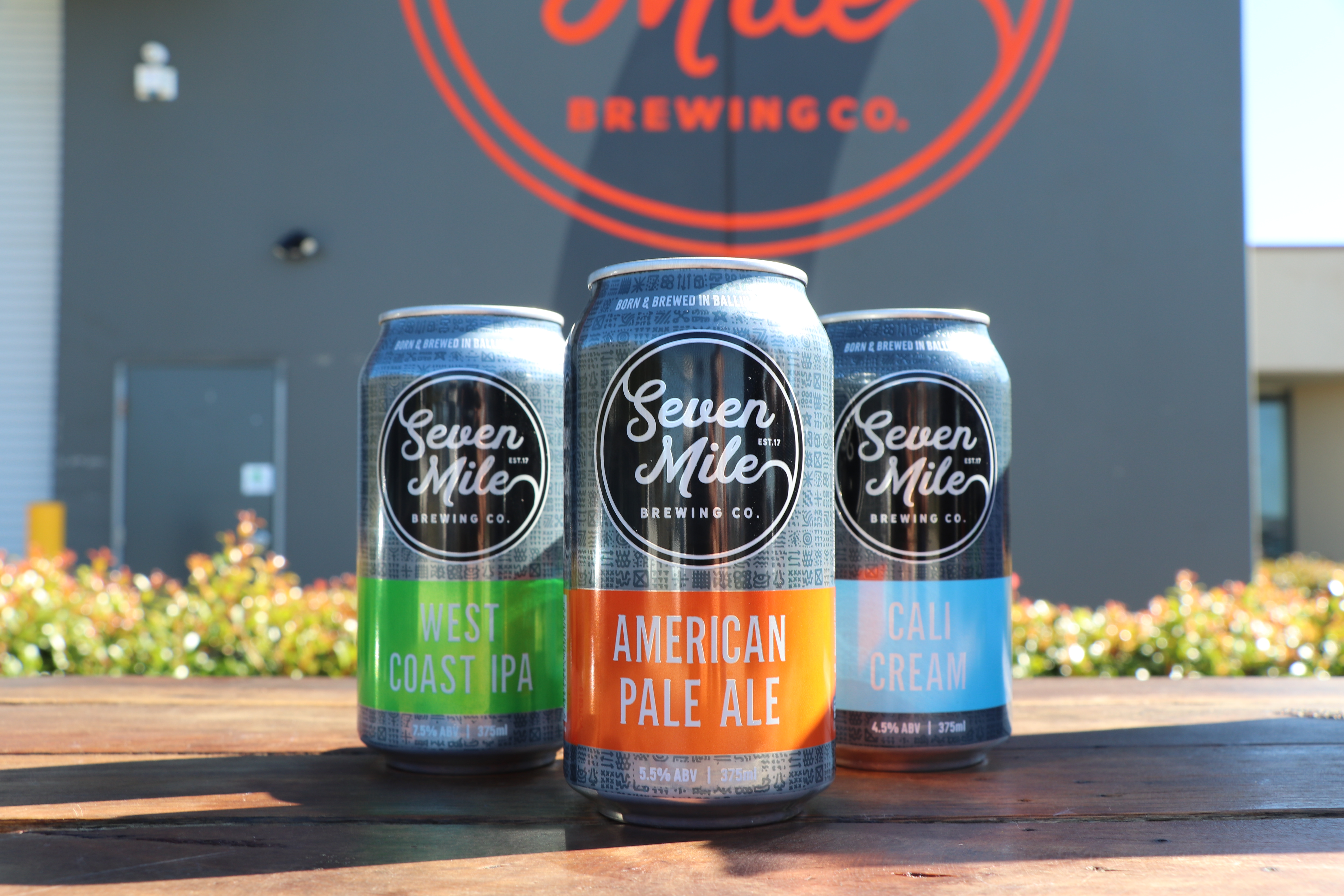 Barefruit was delighted to be awarded the brief from Seven Mile Brewing Co. to redesign the packaging of their three core craft brews; the American Pale Ale, the Cali Cream and the West Coast IPA. It was an exciting opportunity for Barefruit to work with a local business who required help in creating packaging that served both functional and brand purpose for their cans and cartons. 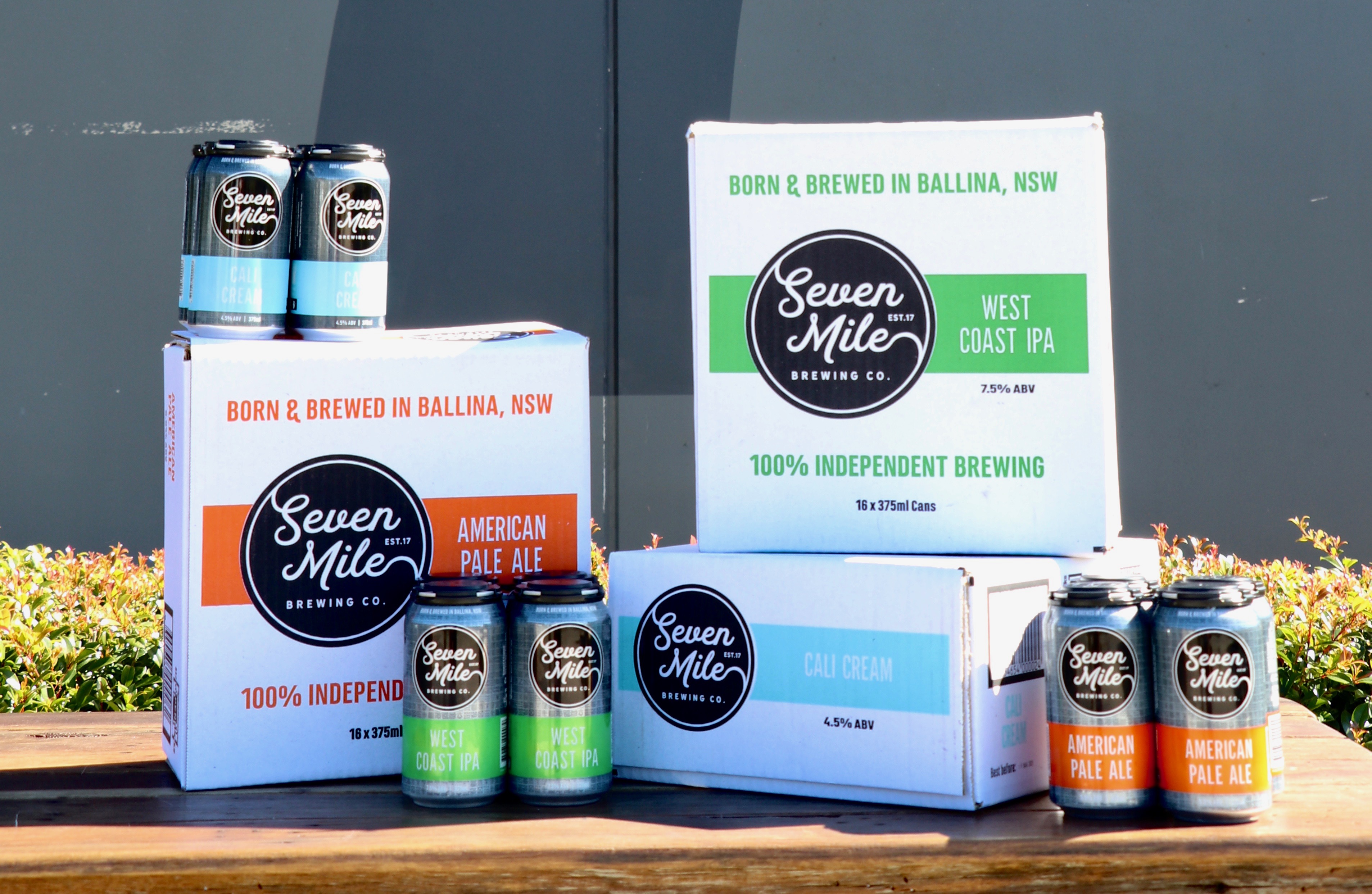 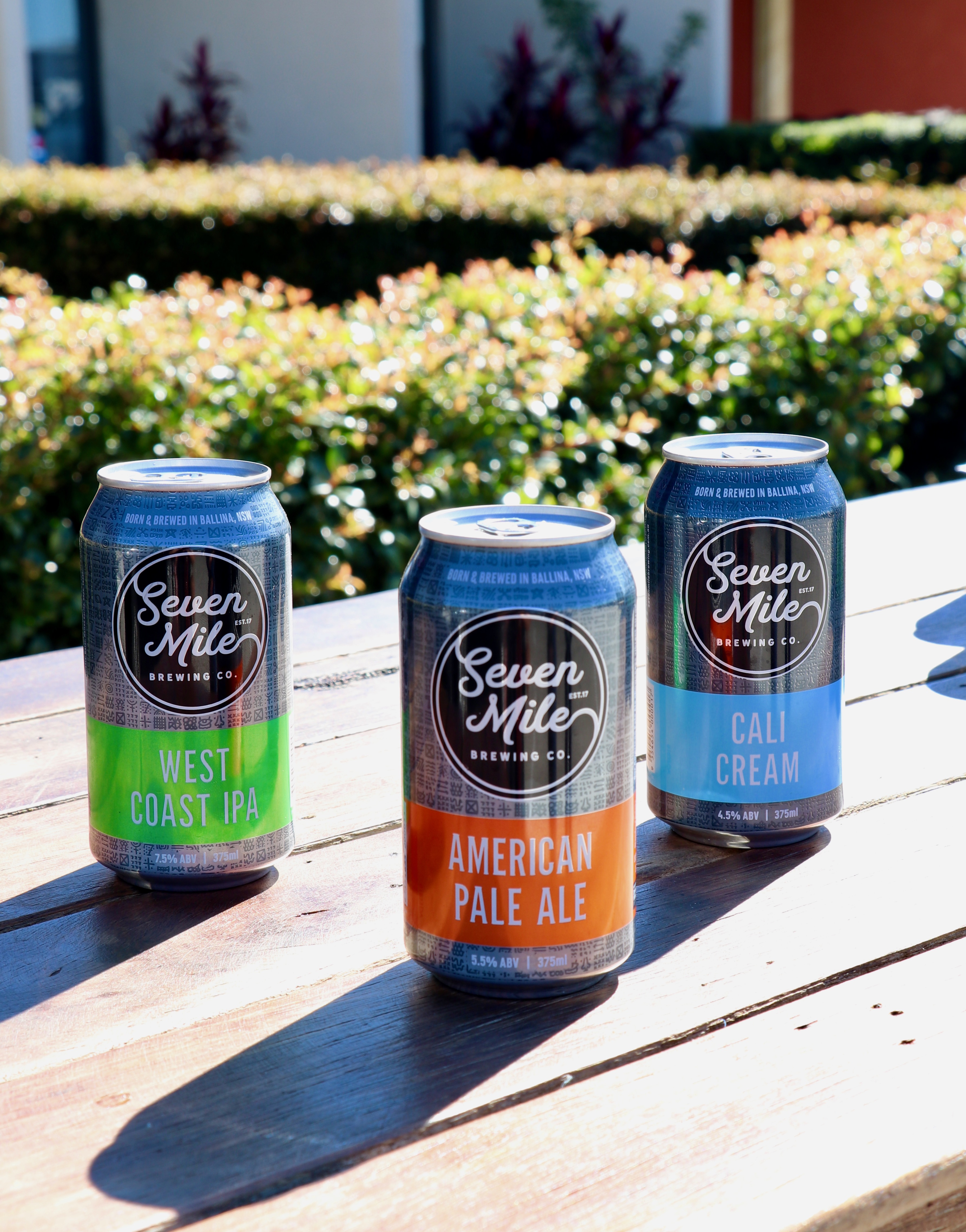 Barefruit and Seven Mile Brewing worked collaboratively to develop designs that overcame the challenges faced by previous packaging of the brand. Creating individual designs for each core beer was crucial to this. In addition, the brewery prides themselves on keeping their beer cold from the moment it is poured from the vat into a can. Henceforth, Barefruit strove to ensure both the can and carton's packaging was designed with this unique point of difference. 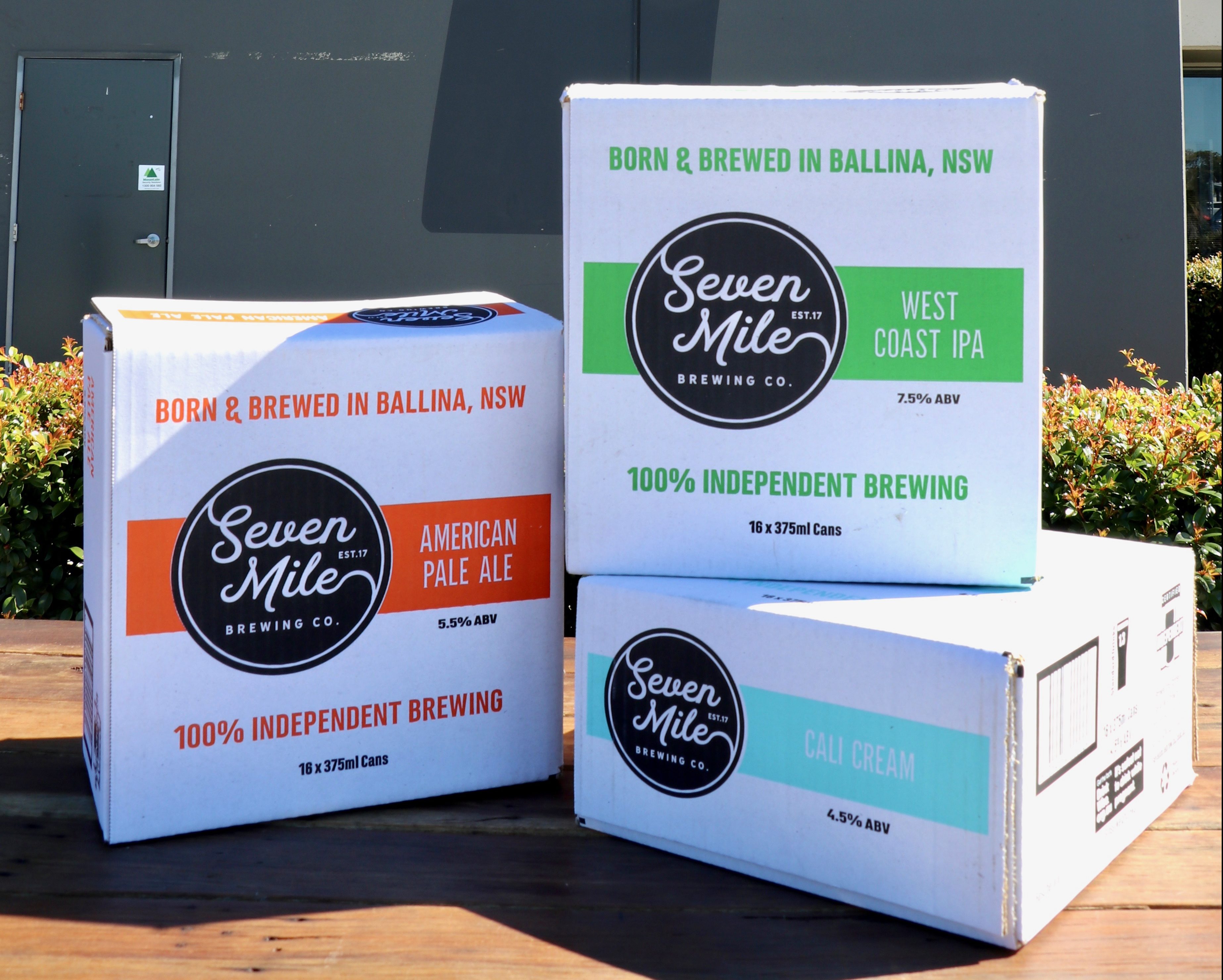 The result from Barefruit's and Seven Mile Brewing's collaboration is three individual can and carton designs for the brand's core beer range. The carton is specially designed for the cooler room, using cardboard that does not deteriorate in cooler temperatures and is resistant to condensation. The cans are simple in design and eye-catching, helping the brand to stand out from competitors on retailer's shelves. We also rolled out stickers for beer taps to be used in local bars with the refreshed branding. 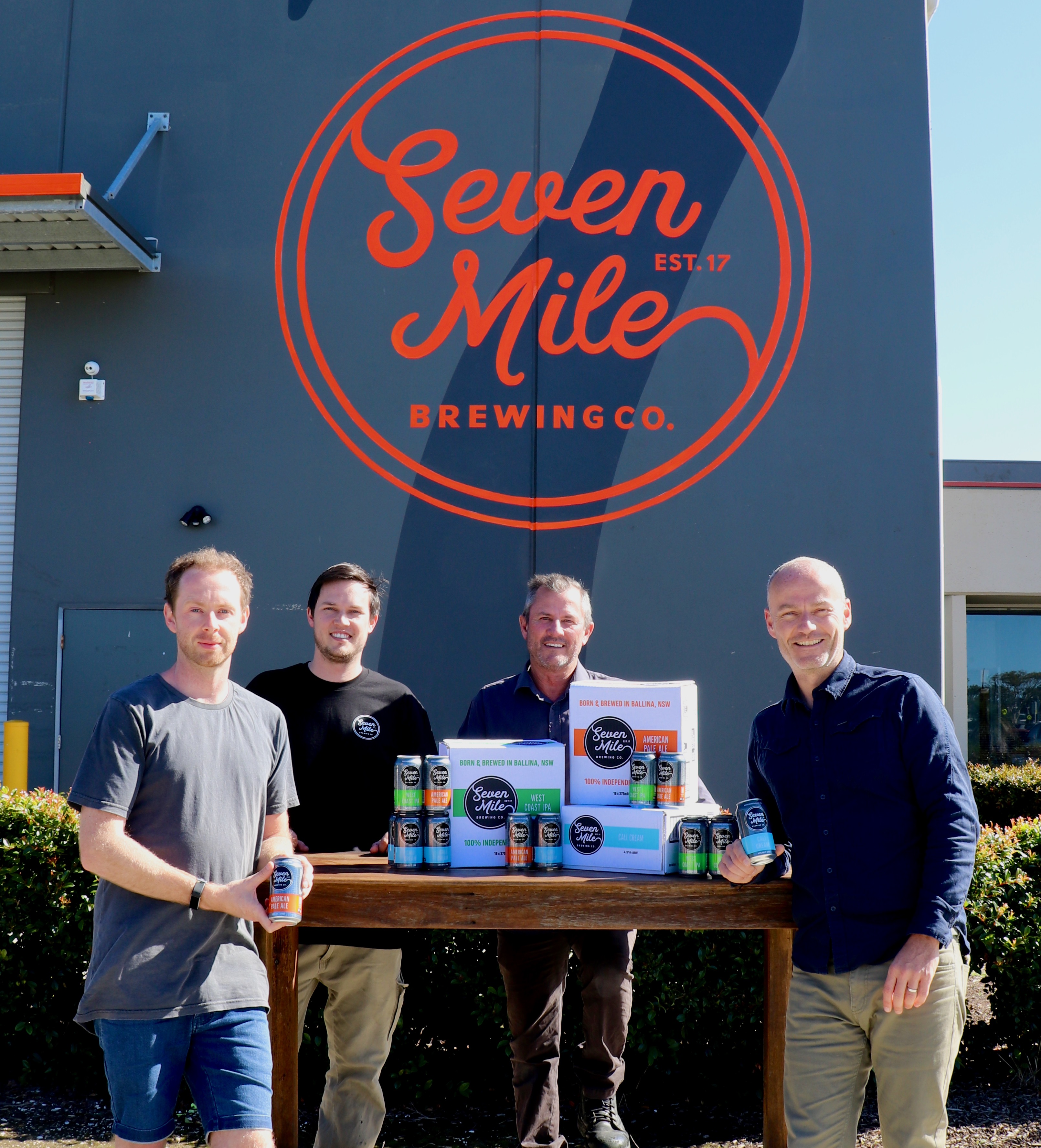 Like what we do? Let us help your business grow🌱with an integrated marketing campaign.
Send us an enquiry below... 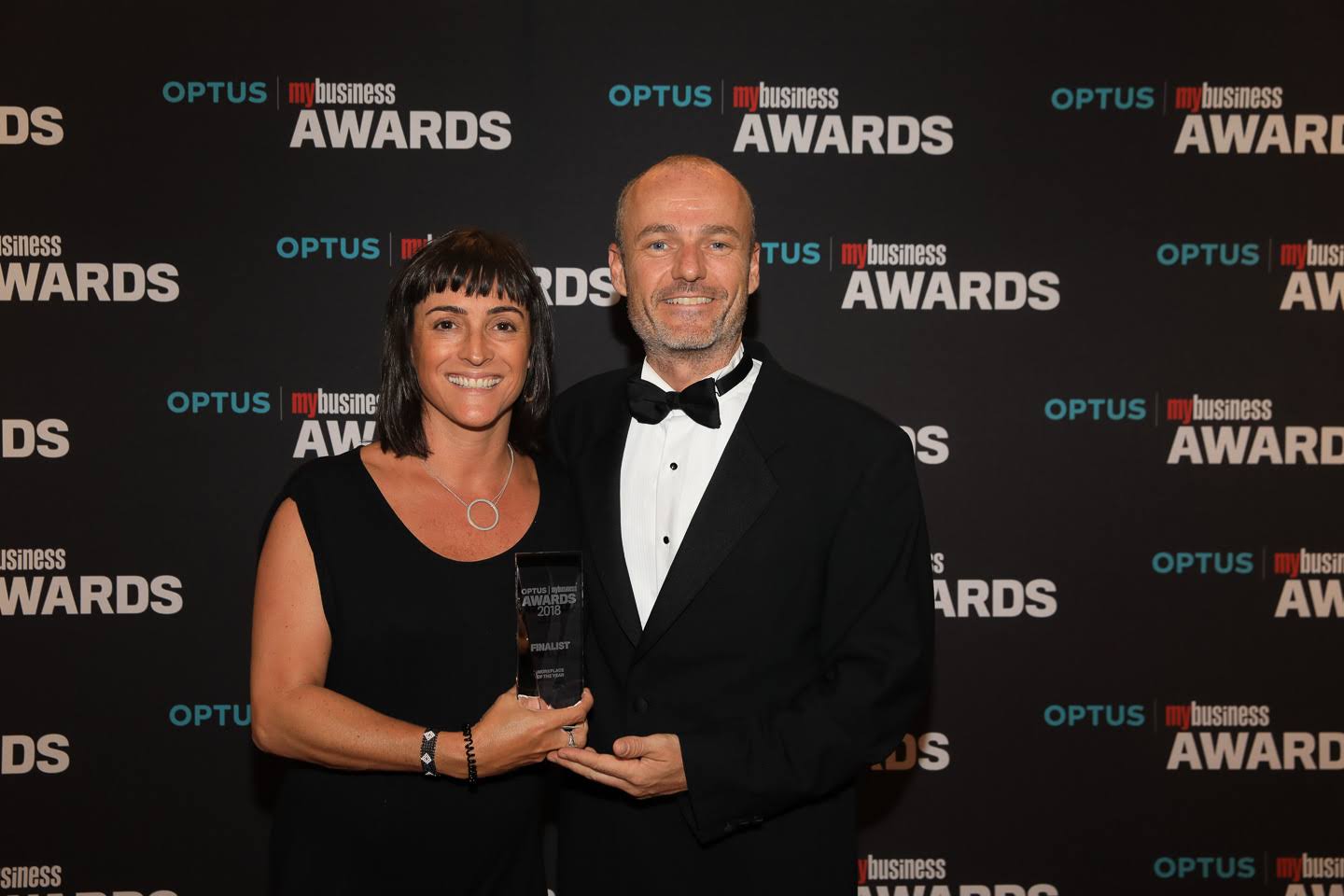 To top off an already exciting year Barefruit Marketing was shortlisted to the final 10 nominees for the Workplace of the Year category in the Optus My Business Awards!

The Optus My Business Awards are on of the longest-standing business awards programs in Australia, identifying Australia’s best business operators. Winners of these prestigious awards represent the best of the best. The powerhouse duo and the co-founders of Barefruit Marketing, Evan and Claire Harding, travelled to Sydney on Friday to attend this significant event, held at Sydney’s Four Points by Sheraton in Darling Harbour.

"Our approach to people management and culture has shaped our business, our people and contributed to our successes" said Evan Harding on what he believes are some of the defining factors that lead to the agency’s initial nomination for Workplace of the Year.

On arrival back to the agency in Ballina Claire commented “Although we didn’t come away with the gold, so to speak, it was still such a momentous achievement for our agency and a privilege to be there with some truly amazing businesses from all over Australia.” Barefruit Marketing was the only nomination from the Northern Rivers – No small feat!

Barefruit Marketing were shortlisted as a finalist to win an award in the Media, Marketing and Advertising Business of the Year category at the Optus My Business Awards 2016, hosted by My Business, Australia’s longest-standing business awards program tailored to the small business community.

Barefruit Directors, and husband and wife Evan and Claire Harding travelled to Sydney on Friday where winners of the Optus My Business Awards were announced at a five-star gala awards dinner at Sydney’s Four Points by Sheraton in Darling Harbour. Shortlisted to the final 10, Barefruit were the only nomination for their category from the Northern Rivers.

Also nominated for an award was Ballina’s Horizon Motorhomes, an award-winning motorhome manufacturer, who are one of Barefruit’s clients. Horizon Motorhomes won best NSW Manufacturer at the Caravan and Camping Industry Association awards in October, and some of their success can be attributed to work produced by Barefruit Marketing which includes the development of a national marketing strategy comprising design, website management, social media management, advertising, events, PR and online marketing.

Claire Harding said it was a joy to be nominated for the awards alongside one of their clients.

“The My Optus Business Awards are such a well-known and respected awards program, and it is such a great honour to be recognised together with our client, Horizon Motorhomes, for all our hard work.

“We are thrilled that our work is ‘bearing fruit’, and has led to success for our clients, notably Horizon Motorhomes who were awarded the CCIA’S Best Manufacturer award for the second consecutive year”.

“We are so proud to be putting Ballina on the map both with ours and Horizon’s nomination and really proud to be living and operating in the Northern Rivers and a part of the local community.”

“Barefruit was established with one thing in mind – we want to do what we love, for people and brands that interest and inspire us. We want to be part of their business and help them grow,” Claire says.

“We didn’t win this time, but being a runner up is such an achievement for both us and our client Horizon Motorhomes – big thanks to our respective teams for getting us to the shortlist of these national awards.”

It’s the award that all Lennox Head business owners would love to win, but only one can take it home.

The winner of Lennox Head Chamber of Commerce Awards ‘Business of the Year’ was announced last night at Club Lennox and we couldn’t be prouder!

"We are so honoured to win an award so close to our hearts and home, especially being up against so many other wonderful contenders, many of which we know - it must have been a tough one for the judges,” Chief Juicer Claire Harding says.

“We proudly live and raise our family in the beautiful town of Lennox, and, chose to start our business here," she says.

Employing a team of specialists to suit our clients. With three account managers that support us and act as our clients’ day to day point of contact, as well as graphic designers, web designers, photographers and key industry partners.

We are greatly involved within the local community. Supporting and working with local businesses including Beef+Beach Lennox Head who also took home the award for the ‘Best Visitor Experience’ last night.

“We are very proud to be Lennox residents, business owners and a part of the local community. Barefruit was established with one thing in mind – We want to do what we love, for people and brands that interest and inspire us. We want to be part of their business and help them grow,” Claire Harding says.

Winning an award isn’t something new for us - in 2015 we won, ‘Best Home-Based/Online Business’ at the Ballina Chamber of Commerce Awards, ‘Excellence in Small Business' at the Northern Rivers Business Awards and were also ‘State Finalists’ in the NSW Business Awards in Sydney.