Lennox Head local and our very own co-founder and Director of Barefruit Marketing - a full service marketing agency, located in Ballina, Evan Harding has been chosen out of 50,000 applicants to be a volunteer reporter for the Commonwealth Games being held April 4th – April 15th 2018 in the Gold Coast.

Evan Harding will work with 900 other volunteers as a member of the Games’ Press Operations team. This placement is well suited to the 40-year-old father who is also an avid athletics fan.

The official title of Evan’s role is ‘Flash Quote Reporter’ for the Netball competition; requiring him to interview the athletes courtside after the game. These quotes will be taken up by the world’s media during the coverage of the games.

“This is an absolute dream come true for me. I have been to the Sydney and Athens Olympics and the World Championship in London last year – I can’t wait to be a part of something just up the road from us”.

Originally from England, Evan has been following athletics his whole life and has also run two Marathons – London and Gold Coast. He’s thinking about registering for the Gold Coast Marathon this year in it’s 40th year – and his! 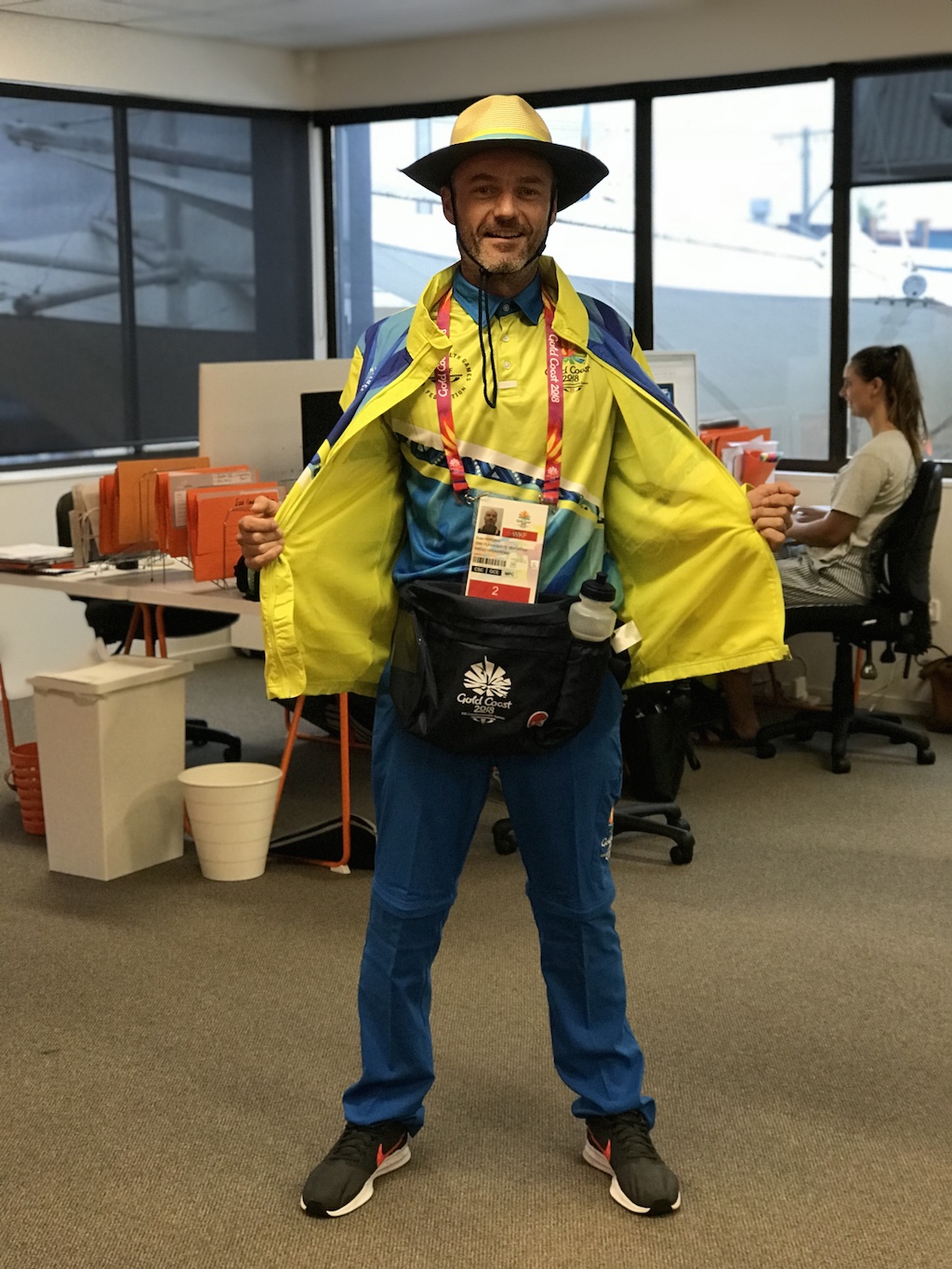 The application process for the games started over a year ago and the interview process took 6 months to get through a ‘shortlist’ of 25,000 people. 15,000 were selected for a 2-hour interview, and after a 3-month period Evan was informed, due to his experience, he had been selected for the Press Operations team.

Since then he has attended venue specific training, online training from home, familiarised himself with the rules of netball and been fitted for his uniform. After the Opening Ceremony dress rehearsal this weekend he will be relocating to the Gold Coast for the duration of the Games.

Evan is most excited to be a part of sporting history and contribute to the vibe. He will be close to the action and in the words of the training team ‘it will be one of the best 2 weeks of his life’.

Hi son, Cian (7) is excited to see dad on TV. Cian will also be travelling to the games with mum Claire to watch some of the events live.

Sport features prominently in Evan's life. He coaches his son's Lennox Head Football Team with training each week and games every weekend, thrashes it out at an F45 class every morning and is still an avid follower of his beloved Norwich City Football Club (the Canaries) in the English Championship League. He and wife Claire are also in training for a 5km run at the end of the Commonwealth Games for a bit of fun.

It is not the only volunteering role that Evan, Director of Barefruit Marketing in Ballina takes. Barefruit are a proud Corporate Sponsor of locally run charity Rafiki Mwema, with his wife and business partner Claire being on the board, assisting with marketing and fundraising.

With the Commonwealth Games kicking off next week, keep your eyes on the TV screens and the Barefruit Marketing blog for an update on Evan’s experience – www.barefruit.com.au

We are looking for a Strategic Creative to join our busy team in Ballina, with a focus on conceptual branding and design.

You will work closely with the strategic team to understand our clients and their brands, interrogating their briefs and shaping bold and creative solutions.

You understand the power of branding and great copy and you will oversee the creative output of the agency, mentoring the creative team.

We’re not looking for a graphic designer, or an illustrator, or a copywriter, we’re looking for the whole shebang.

You might already live close by, or looking to move to the beautiful Northern Rivers. You may be looking for full time, or for some on-going part time or freelance work. Whatever you are looking for, we want someone who is in this with us for the long term, to be part of our future.

To apply please send your portfolio, CV and salary expectations to claire@barefruit.com.au 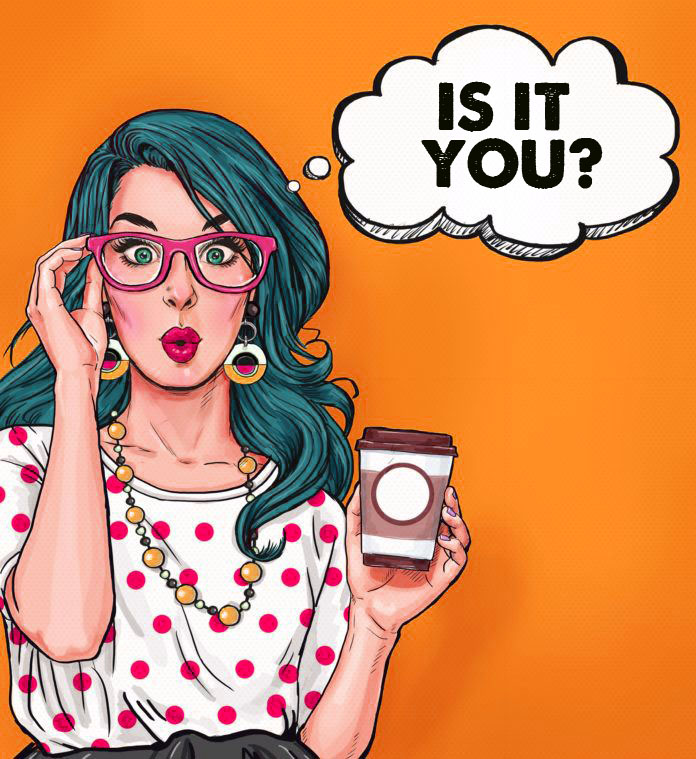 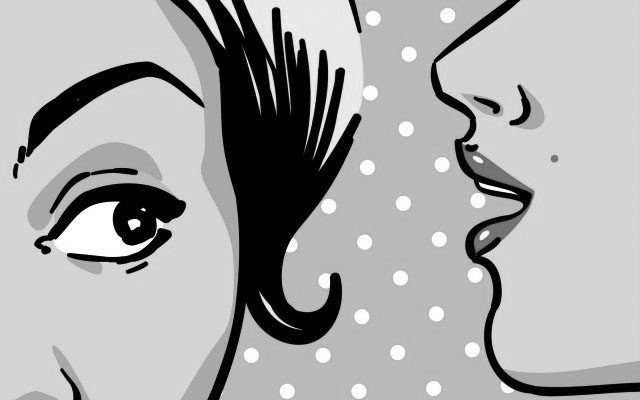 "Is it easy to generate word of mouth marketing for our business?"

This is a question the team at Barefruit get asked a lot, so we thought we would share a couple of industry tips with you.

2. See if there is a recurring recommendation e.g. great service, friendly team, value, best coffee ever. This is will be part of your marketing message.

3. Now where do your potential customers hang out? Social media? Community centres? Do they read the paper? Once you know this, this is where you can start to spread your message.

In a nutshell, find out why your customers love you and tell others about it.

Who doesn’t love a recommendation? We hope this information helps you grow yours.

EXCITING NEWS for us here at Barefruit Marketing - we've moved into our new 'Fruit Headquarters'. Located in Ballina, Suite 2a, 85 Tamar Street, right next to the Post Office. If you are in town, please pop in and say hello - we'd love to see you!

It's a great space, freshly painted (orange of course) and complete with air con, dedicated meeting space and a nicely stocked fridge (what good agency doesn't have a beer fridge!) allowing the whole team to work together.

As the new kids on the Ballina block we're open to tips, suggestions and recommendations of things to do, drink, eat, visit in Ballina ...

This Friday evening, Barefruit Marketing owners and founders Claire and Evan Harding will head to the State Finals held at the Pavillion Darling Harbour, in Sydney for the decider of who will be crowned the winner.

Barefruit Marketing is a marketing agency passionate about every aspect of marketing and their community. They offer a full marketing service including strategy and planning, design, advertising, digital strategies, social media,promotions, websites, public relations and events.

“Living in the Northern Rivers on the North Coast of NSW we are surrounded by amazing brands, built by incredibly talented people and we are so excited to be representing Ballina (as the Home Based Winner), Northern Rivers (as the Small Business winner) and Lennox Head.”

Their business is up against 15 other small businesses within the state. They are the only business from the Northern Rivers area in the Excellence in Small Business category and one of seven Northern Rivers businesses to be nominated as a finalist in the NSW Business Awards.

Recent Ballina Business Award winners Barefruit Marketing have been honoured with another outstanding achievement by winning Excellence in Small Business at the Northern Rivers Business Awards.

This was also a proud and exciting moment for the Barefruit Marketing team who are passionate about every aspect of marketing and their community by offering a full marketing service including design, advertising, digital strategies, social media, promotions, websites, public relations and events.

“We are so thrilled! Barefruit Marketing is 4 years old this Christmas and this is such a huge achievement for us. Thanks to our wonderful team - we couldn't do this without great people by our side.”

Their business was up against several other small businesses from Yamba to Tweed and they were one of only three businesses from their local area (Ballina and Lennox) to have won an award on Saturday night.

Barefruit Marketing will now head to the State Finals taking place in Sydney later this year.

Operating for four years, Barefruit Marketing is the creation of a husband and wife team who together have over 30 years experience as marketing consultants in the communications industry.

This was a proud moment for Claire and Evan who have a great passion for every aspect of marketing, from cultivating creative concepts, planning and strategising to implementing and delivering the best possible solutions for their clients.

“It’s been a absolute honour to be presented with this award. Since making the move from the UK to the Northern Rivers we have been very lucky to be surrounded by incredibly talented and creative people in the community who have inspired and supported us. We’ve never looked back.”

In Mr Harding’s acceptance speech he thanked his wife and business partner; made very special mentions to his clients including BCMC and Horizon Motorhomes who won the Business of the Year award; the talented Barefruit team, stating that ‘we are only as good as our team’ and also acknowledged the Ballina Chamber of Commerce for the recognition of the work Barefruit Marketing does in the community.